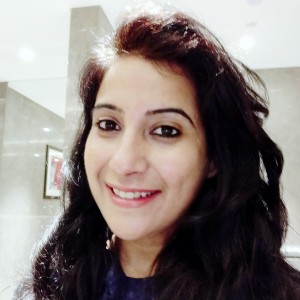 Stepping out of the Jaipur airport, under the soft winter sun, was a surreal feeling. I was now embarking on the holiday that I had been planning for weeks. From the airport, we (my friend Sakina and I) took a cab to Ajmer Sharif Dargah (Also known as Dargah Sharif). Although it was not a part of my plan, but as the saying goes, ‘what is meant to be, always finds a way’. Maybe, this was my calling. There are so many people, with sufficient resources and time, who wish to visit the Dargah but are unable to do so for one reason or the other. However, in my first attempt to visit the shrine, I had the good fortune to make it there.

Dargah Sharif is the shrine of a Sufi Saint, Moinuddin Chishti. It consists of several white marble buildings, two courtyards, a massive gate and the Akbari Mosque, which contains the tomb of the saint.

Our cab driver dropped us at a spot that was about a kilometers walk through the market to the Nizam gate, the first gate of the Dargah, other two being the Shah Jahan Gate and the Buland Darwaza.

Nizam Gate, the first gate to enter the Dargah

The walk through the market was quite overwhelming for us. It’s one of the most vibrant and lively markets of Ajmer. The entire route houses many hotels and lodges, several shops selling clothing such as bandhini sarees and suits, Jaipuri mojaris, incense sticks, crockery, chaddar (blanket) and flowers for the Dargah. As we walked further, we realized that this place is actually a foodie’s paradise. Right from succulent kebabs to lip smacking biryanis; from yummy curries to jalebis and kachoris; the assortment of food available on the streets is easily any food lover’s delight. Add to it, the rich aroma of these delicacies being cooked engulfing the air. Bliss.

Market around the Dargah

Just before we entered the Dargah premises, I first enquired about lockers to keep my backpack. The attendant there was helpful and informed that it would cost Rs. 20/- to keep the backpack in locker for 24 hours. While the tariff to rent the locker was pretty affordable, the route to the locker wasn’t that smooth.

The locker room was in the basement of the premises and the stairs leading to the cloak room were creepy, to say the least. Since I had little choice or say in this matter, we went ahead, locked our bags, took the bill and proceeded to the Dargah.

Ajmer Sharif is one of the Dargahs where women are granted access in the inner sanctum.All men and women are required to cover their heads and wear full sleeves clothing while visiting the Dargah. Dargah Sharif being a place of religious significance, no footwear are allowed inside.

We removed our shoes, kept them in the shoe rack and proceeded to the Dargah. Dargah premises has a lot of Khadims (helpers) who voluntarily act as your guide and take you around. The area between Nizam gate and Buland Darwaza is home to several shops that sell offerings for the Dargah, local handicrafts, ittars (perfumes) etc. The Khadim took us to one of the shops to buy offerings for the Dargah. I purchased flowers, and my friend bought a Chaddar along with flowers. These offerings came with a few incense sticks and mannat dhaga (a sacred thread that can be tied inside the Dargah premises to make a wish).

After buying the offerings, we, along with the Khadim, entered the Dargah through Buland Darwaza. On either side of the Darwaza there were Degis (Iron cauldron), one big and one small, where pilgrims donate dry fruits, rice, butter, sugar etc., which is then cooked together and distributed as blessings.

As we proceeded towards the main sanctum, we also witnessed a group of musicians reciting Qawallis. Qawalli is a form of inspirational Sufi Islamic devotional messages delivered to an assembly of devotees.

With each step closer to the shrine, the already existing scent of roses and sandalwood was getting stronger. The tomb is daily covered with sandalwood paste and locally manufactured perfume called ittar.

Inside the sanctum, the Khadim placed the Chaddar (Blanket) on our heads and made a few prayers before offering the Chaddar on the tomb. My friend and I then went near the tomb and offered our reverence by bowing our head on the tomb.

According to the legends, when you visit the Dargah with a desire to manifest a specific wish, you tie the mannat dhaga at the Jannati Darwaza inside the Dargah, and then go to untie it when the wish is fulfilled. Since we din’t have any specific wishes, the Khadim tied the mannat dhaga, that we got along with the flowers, on our wrists.

As we came out of the Dargah, we spotted a tiny stall on the right of the Nizam gate, frying pakodas which looked delicious, so we hopped to the stall to grab a plate a pakodas with piping hot tea! After satisfying our taste buds, we walked across the market to negotiate a deal with the rickshaw drivers, to take us on our onward journey to Pushkar.

If possible, leave your bags in the hotel as leaving them with the shopkeepers from where you purchase the offerings is not a very safe option, and the route to the Cloak room may not be as per your likings.

Since Pushkar is just a few kilometers from Ajmer, there are several vendors near the Dargah market, that offer return trips for as affordable as Rs. 300 /-.